Hal was a dragonrider in service to the king, a tall slender man with a face like a noble. Dragons cannot stand the cold, so when winter fell Hal and his wing would fly south. He would grin at Teri and make her blush with his compliments, and entertain Geoff with tales of war and castles and dragons. As for Adara, he often tried to coax a smile out of her, with gifts and jests and hugs. He seldom succeeded. For all his good nature, Adara did not like Hal; when Hal was there, it meant that winter was far away. Besides, there had been a night when she was only four, and they thought her long asleep, that she overheard them talking over wine.

You cannot blame her for what happened. But it is hard.

The winter is in her, you know. Whenever I touch her I feel the chill, and I remember that it was for her that Beth had to die. You do not love her as you do the others. Ah, Hal. I loved her best of all, my little winter child. But she has never loved back. There is nothing in her for me, or you, any of us. She is such a cold little girl. In her bed, Adara listened and wished that Hal would fly away.

She did not quite understand all that she had heard, not then, but she remembered it, and the understanding came later. She did not cry; not at four, when she heard, or six, when she finally understood. Hal left a few days later, and Geoff and Teri waved to him excitedly when his wing passed overhead, thirty great dragons in proud formation against the summer sky.

Adara watched with her small hands by her sides. She could hardly wait for her birthday to come, and with it the cold. For in winter she was a special child. She had known it since she was very little, playing with the others in the snow. The cold had never bothered her the way it did Geoff and Teri and their friends. She would snap icicles off from the lower branches of trees, and use them for spires and spikes and guardposts, ranging them all about her castle.

And often in the dead of winter would come a brief thaw and a sudden freeze, and overnight her snow castle would turn to ice, as hard and strong as she imagined real castles to be.

All through the winters she would build on her castle, and no one ever knew. But always the spring would come, and a thaw not followed by a freeze; then all the ramparts and walls would melt away, and Adara would begin to count the days until her birthday came again.

Her winter castles were seldom empty. At the first frost each year, the ice lizards would come wriggling out of their burrows, and the fields would be overrun with the tiny blue creatures, darting this way and that, hardly seeming to touch the snow as they skimmed across it. All the children played with the ice lizards. But the others were clumsy and cruel, and they would snap the fragile little animals in two, breaking them between their fingers as they might break an icicle hanging from a roof.

Even Geoff, who was too kind ever to do something like that, sometimes grew curious, and held the lizards too long in his efforts to examine them, and the heat of his hands would make them melt and burn and finally die. 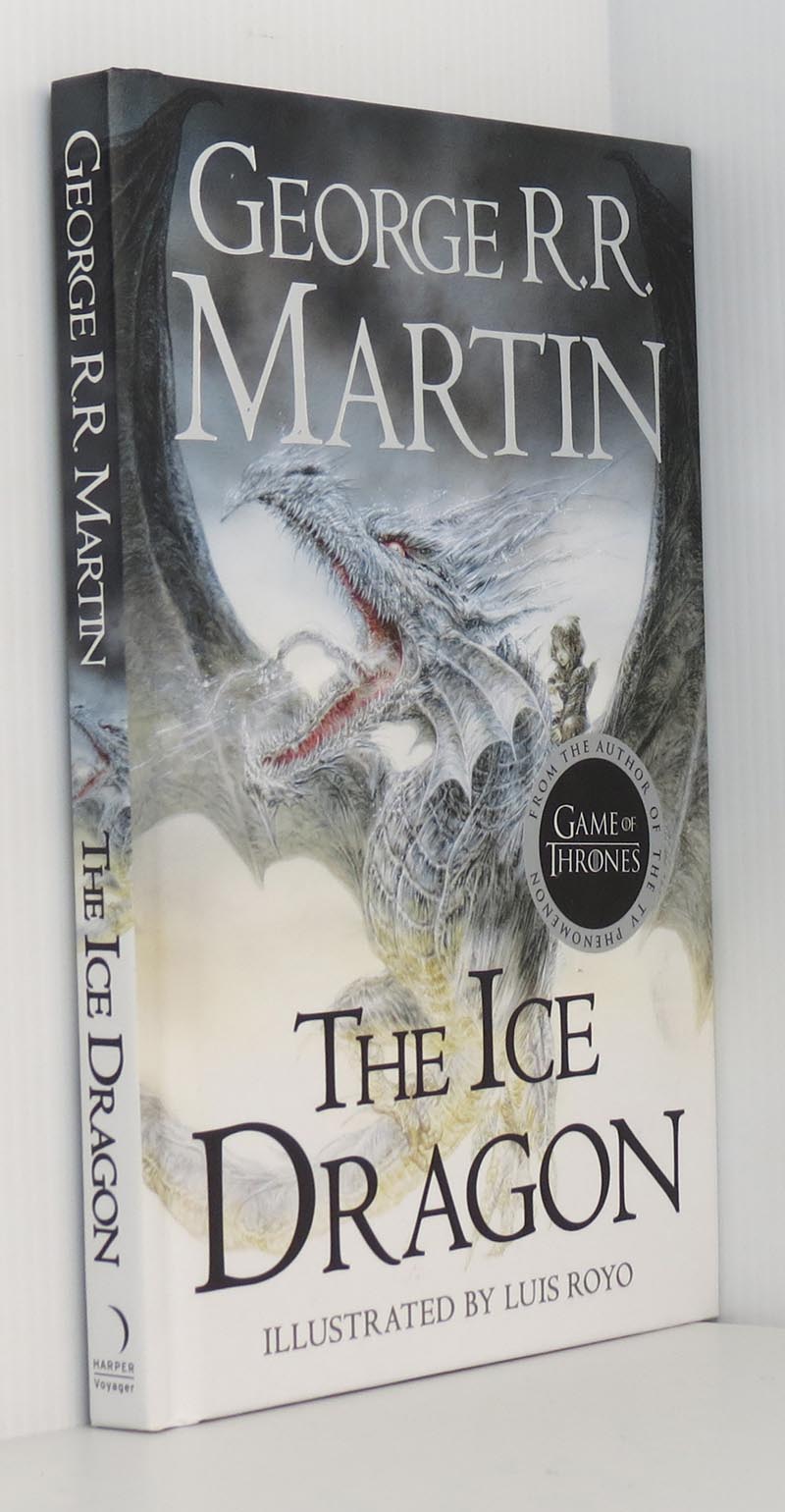 Sometimes she would lie in the cold, damp snow and let the lizards crawl all over her, delighting in the light touch of their feet as they skittered across her face. Sometimes she would wear ice lizards hidden in her hair as she went about her chores, though she took care never to take them inside where the heat of the fires would kill them.

Always she would gather up scraps after the family ate, and bring them to the secret place where her castle was a-building, and there she would scatter them. So the castles she erected were full of kings and courtiers every winter; small furry creatures that snuck out from the woods, winter birds with pale white plumage, and hundreds and hundreds of squirming, struggling ice lizards, cold and quick and fat. Adara liked the ice lizards better than any of the pets the family had kept over the years. But it was the ice dragon that she loved.

She did not know when she had first seen it. It seemed to her that it had always been a part of her life, a vision glimpsed during the deep of winter, sweeping across the frigid sky on wings serene and blue. Ice dragons were rare, even in those days, and whenever it was seen the children would all point and wonder, while the old folks muttered and shook their heads.

It was a sign of a long and bitter winter when ice dragons were abroad in the land. An ice dragon had been seen flying across the face of the moon on the night Adara had been born, people said, and each winter since it had been seen again, and those winters had been very bad indeed, the spring coming later each year.

So the people would set fires and pray and hope to keep the ice dragon away, and Adara would fill with fear. But it never worked. Every year the ice dragon returned. Adara knew it came for her. The ice dragon was large, half again the size of the scaled green war dragons that Hal and his fellows flew.

Adara had heard legends of wild dragons larger than mountains, but she had never seen any. The ice dragon was a crystalline white, that shade of white that is so hard and cold that it is almost blue. Its eyes were clear and deep and icy. Its wings were vast and batlike, colored all a faint translucent blue. Adara could see the clouds through them, and oftentimes the moon and stars, when the beast wheeled in frozen circles through the skies. Its teeth were icicles, a triple row of them, jagged spears of unequal length, white against its deep blue maw.

When the ice dragon beat its wings, the cold winds blew and the snow swirled and scurried and the world seemed to shrink and shiver. The ice dragon breathed cold. Ice formed when it breathed. Warmth fled. Fires guttered and went out, shriven by the chill. Trees froze through to their slow secret souls, and their limbs turned brittle and cracked from their own weight.


Animals turned blue and whimpered and died, their eyes bulging and their skin covered over with frost. The ice dragon breathed death into the world; death and quiet and cold. She was a winter child, and the ice dragon was her secret. She had seen it in the sky a thousand times. When she was four, she saw it on the ground.

She was out building on her snow castle, and it came and landed close to her, in the emptiness of the snow-covered fields. All the ice lizards ran away. Adara simply stood. The ice dragon looked at her for ten long heartbeats before it took to the air again. The wind shrieked around her and through her as it beat its wings to rise, but Adara felt strangely exulted. Later that winter it returned, and Adara touched it. Its skin was very cold. She took off her glove nonetheless. It would not be right otherwise. She was half afraid it would burn and melt at her touch, but it did not.

It was much more sensitive to heat than even the ice lizards, Adara knew somehow. But she was special, the winter child, cool. She stroked it, and finally gave its wing a kiss that hurt her lips. That was the winter of her fourth birthday, the year she touched the ice dragon. See All Customer Reviews. Shop Teen Books.